For many months, WTS Media has been working with the Justin Fashanu Foundation to campaign for an end to homophobia in football.

Working alongside the JFF we helped to publish a remarkable open letter from a gay Premier League star.

This story appeared on the front page of the Sun newspaper and was followed up in the Times, Mail and Mirror. Amal Fashanu, who runs the JFF, later appeared on TV and radio to talk about the campaign.

We will be continuing to support this campaign in the weeks and months ahead. 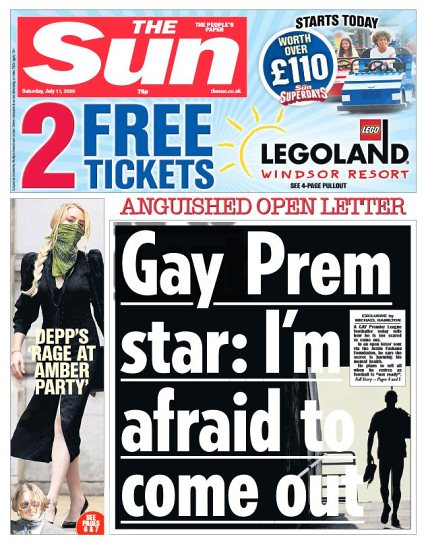